Indietro  Off The Rails 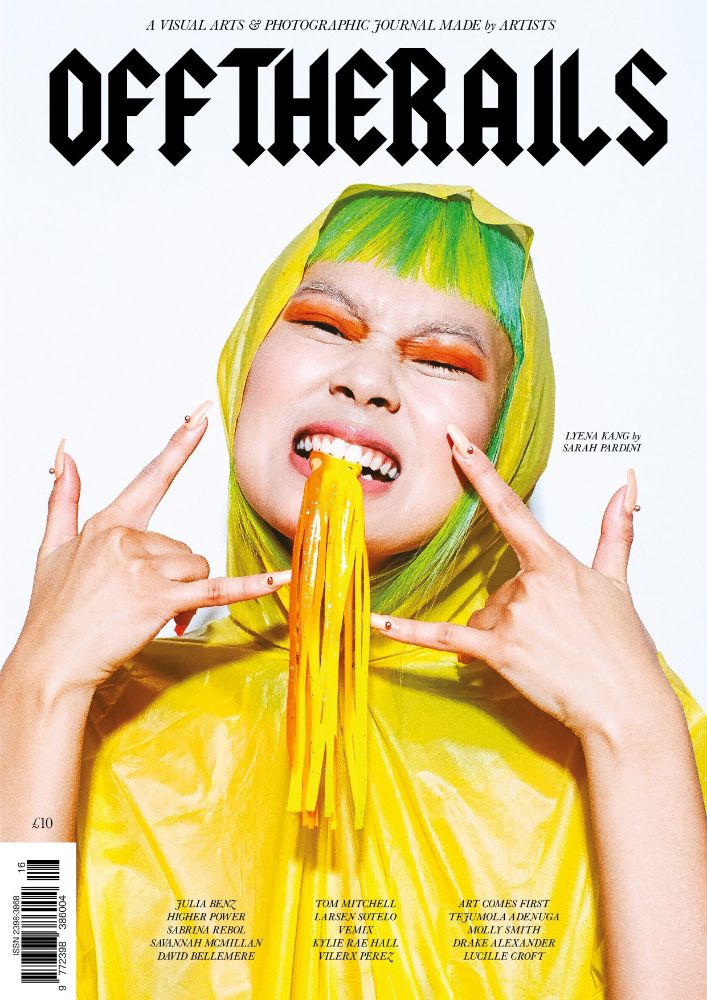 In this issue we had always planned to remind everyone, whether you are a featured artist or a viewer, that being yourself is all we are interested in.

The phrase 'Come As You Are' penned originally by Kurt Cobain, perfectly expresses everything we believe in and everything we feel; without having to go into each area of what we apply it to. Your style of work, your dress sense, your music taste, your sexual orientation, your colour, your beliefs. Everything. Art & Photography is a visual representation of the world we are in right now. A timestamp of today, despite whether it's been influenced by the past or a time to come.

Whilst planning this issue we didn't see a global pandemic hitting us, nor did we see a global revolution starting to build. A year we will all want to forget but what we take from this year could be a positive thing. When we look back at the first half of 2020, we will remember how hard it was, but that doesn't mean we can't use what's happened to propel ourselves into 2021.

At the beginning of 2020, we presented a piece of art in Issue 15 that held the message 'It's time to move the fuck on' with 2020 dashed across it. That was initially our way of leaving the terrible year of 2019 behind. When you look at it now, it was almost a prophetic piece; 2020 is a year we will need to move on from, for the better of us all.

16 had started to become an issue that we thought we may have to skip. Or at least not spend as much time on because how would we do it? Everything and everyone was locked down, globally. Then the contributors? We rely on artists being able to express their creativity freely. What we didn't expect is people to adapt so quickly. From FaceTime shoots to this entire mag being built by video message.

As soon as the issue started shaping up, we realised it was far too impressive to just rush or push out digitally like we've seen other magazines do (totally understandable). This was quickly becoming the best issue we've done. It's taken 3 times longer to do because of the scenario we found ourselves in, but the final presentation is worth it.