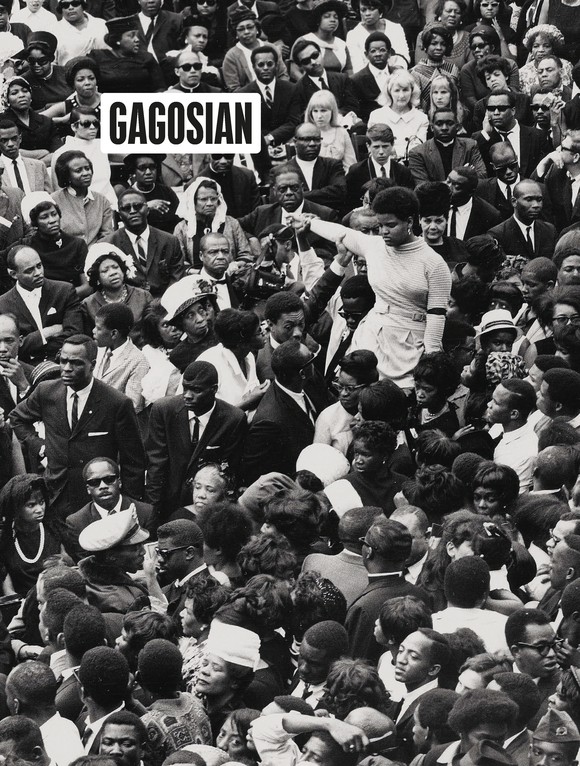 The work of Theaster Gates, with its message of resilience and its insistent exploration of questions surrounding agency, history, and material conditions in Black culture, led us to the cover image for this issue. Part of Gates’s Black Image Corporation project, which grew out of his engagement with the archives and legacy of the Johnson Publishing Company, the historic image of the crowd at the public funeral of Reverend Dr. Martin Luther King, Jr., in April 1968 was taken by Moneta Sleet, Jr. The first African American to win the Pulitzer Prize for journalism, Sleet was also known for his high-fashion photography. A selection of these photographs appears in the related article inside the issue, where Gates discusses Black Image Corporation in the context of his upcoming exhibition at Gagosian, New York, in the fall.

Also inside this issue, we continue our Building a Legacy series, speaking with the board of the Helen Frankenthaler Foundation about their decision to establish a multiyear initiative dedicated to providing $5 million in covid-19 relief for artists and arts professionals. Titus Kaphar and novelist Tochi Onyebuchi contribute a poetic rumination on Kaphar’s From a Tropical Space series. Cate Blanchett interviews Gregory Crewdson about his new body of work, and painter Louise Bonnet connects with her friend Miranda July on Zoom to catch up on their most recent endeavors.