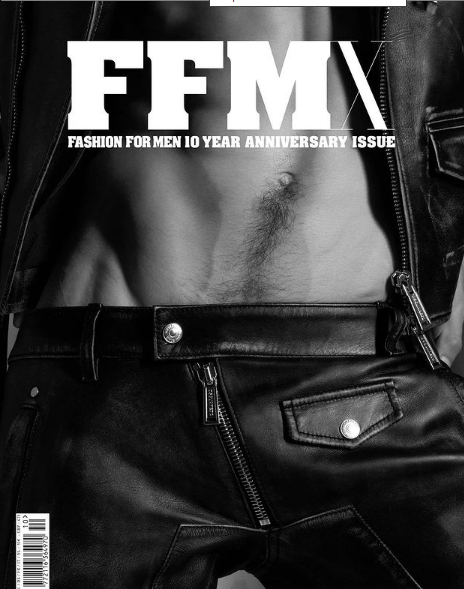 Not content with being a designer, photographer and creative director, in 2011, multi-talented Milan Vukmirovic extended his repertoire and launched his own magazine: Fashion For Men.

The 600-800 page bi-annual magazine resembles a diary or logbook, charting Vukmirovic’s discoveries in the world of men’s fashion in a beautiful hardcover book format.

Drawing on Vukmirovic’s vast experience over the last 20 years and his profound love of fashion, Fashion For Men explores the best of fashion, design and art – whether from famous, established names or from the burgeoning talent of tomorrow.

Contemporary fashion greats such as Riccardo Tisci, Frida Giannini, Kris Van Assche and Alexander Wang have been interviewed for the magazine, alongside up-and-coming names such as Olivier Rousteing.

Fashion For Men has already become a benchmark for men’s fashion but is also a reference for new music and art, featuring, for example, rapper Zebra Katz and the haunting paintings of artist Kris Knight. Although a collaborative project, Vukmirovic’s talents shine through in Fashion For Men not just via his direction at its helm, but also through his photography on shoots showcasing the best of men’s fashion, whether it be previews of collections from the likes of Givenchy, or stories introducing new faces and looks styled by Vukmirovic and the magazine’s fashion director, Scarlett Viquel.

As a magazine specializing in the world of international luxury, it follows that Fashion For Men has international distribution, and is available in New York, Paris, Milan, Rome, London, Hong Kong, Seoul, Amsterdam, Stockholm, Miami and more, spreading the talent explored in the magazine worldwide.