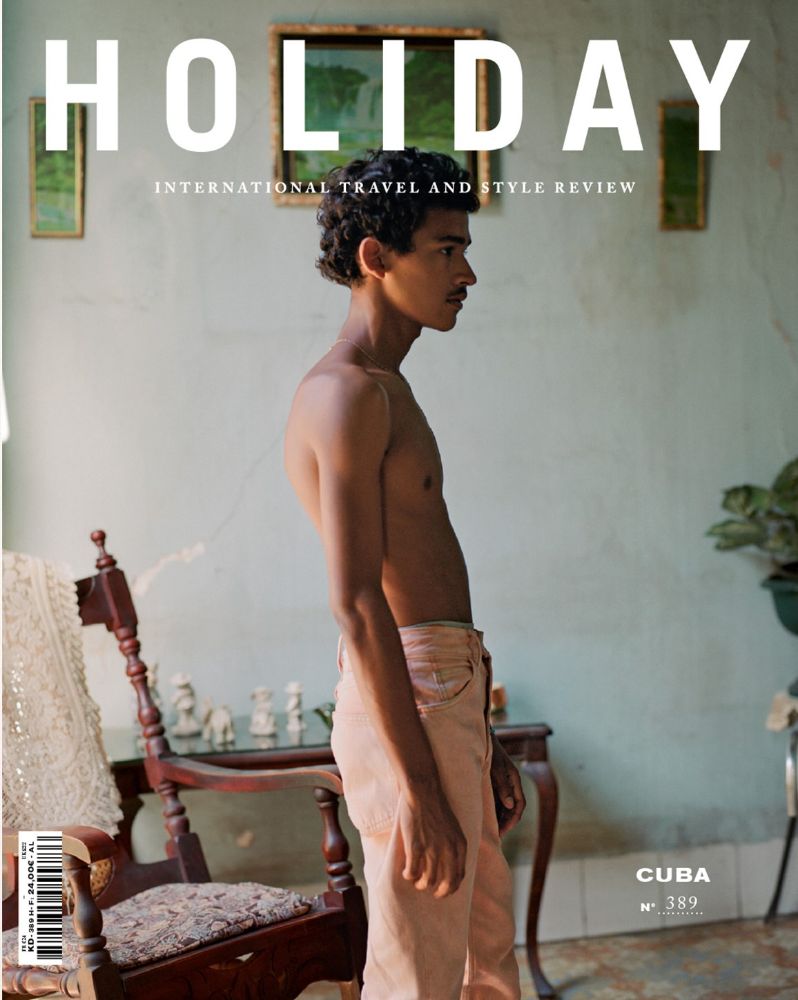 At first glance, Cuba is an island like any other, an expanse of land surrounded by water, but it is actually a place like no other, with its unique history, people, beauty and scars. Since its mysteries and truths can only be grasped from the inside, the Cuban writers Leonardo Padura, Wendy Guerra and Karla Suárez have made their voices heard in this issue of Holiday, while the reporter Ed Augustin set out to encounter the Cuban people. Among the other articles are the story of the Buena Vista Social Club as told by an insider and an ode to Agnès Varda's documentary Salut Les Cubains.

The photographers Adam Peter Johnson, Olivier Kervern, Alexandre Guirkinger, Jean Marie Del Moral and Philip-Daniel Ducasse offer their singular views of the island and its people. Sam Youkilis embedded himself in the islanders' everyday lives to craft the videos that accompany this issue, while Emmanuelle Alt and Thue Nørgaard joined forces to offer us a tribute to Cuban women and their ardent desire for freedom.