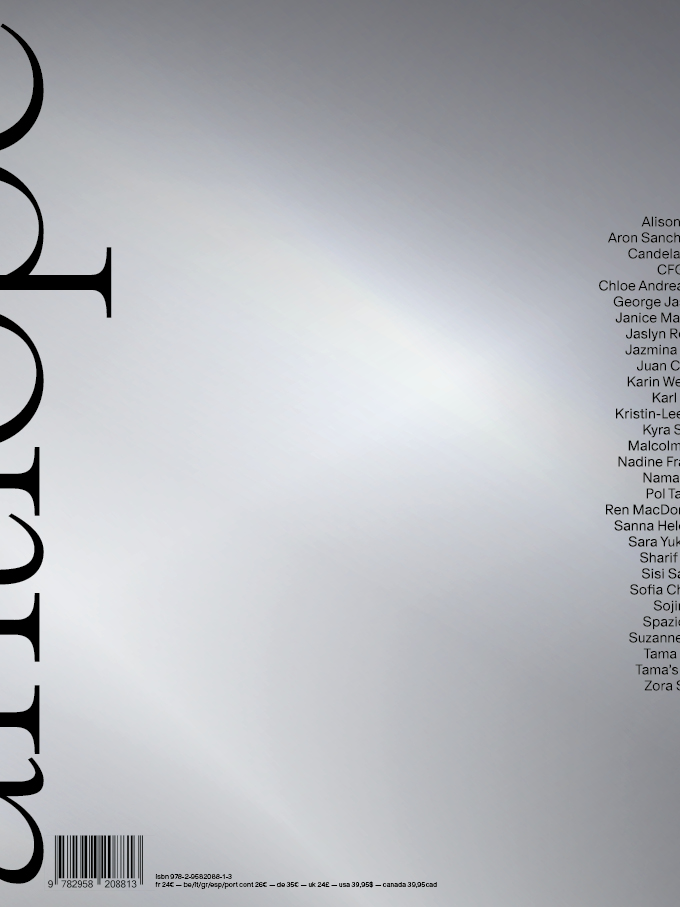 90 ANTIOPE
(90)antiope is an asteroid located between Mars and Jupiter. Its singularity is to be dyadic, in other words constituted by two intertwined bodies that revolve around a common center of gravity.

This concept of duality is at the origin of the bi-annual magazine named after the asteroid, which we are proud to present to you, and which aims to generate unforeseen encounters. Always creative, they might seem at first sight utterly opposed, but give rise to a proliferation of the unexpected, always focusing on both the unknown and the possible. The concept of the publication thus revolves around the intersection of two artistic disciplines, manifesting itself in the form of co-designed and co-signed editorial content.

Here, multiple and parallel histories are intertwined in a narrative with two voices and four hands, confronting visual, sensory and intellectual cultures, examining the role of the eye, of sensitivity, of the trace in all its dimensions. And which see the emergence of a shared moment, deconstructed then reconstructed, a story and its echo.

Fashion, photography, experimental sound, art: the disciplines and dimensions — reflexive, creative — confront and attune to each other, moving towards a hybrid grammar. New forms of textual and visual writing emerge, and above all, common values of shared awareness and horizontality take shape.

This space born from a singular duality unlocks the promise of an emancipated expression, where binaries are only spectra of sensibilities, and a door towards a fluidity for those who make, who think and who reflect.