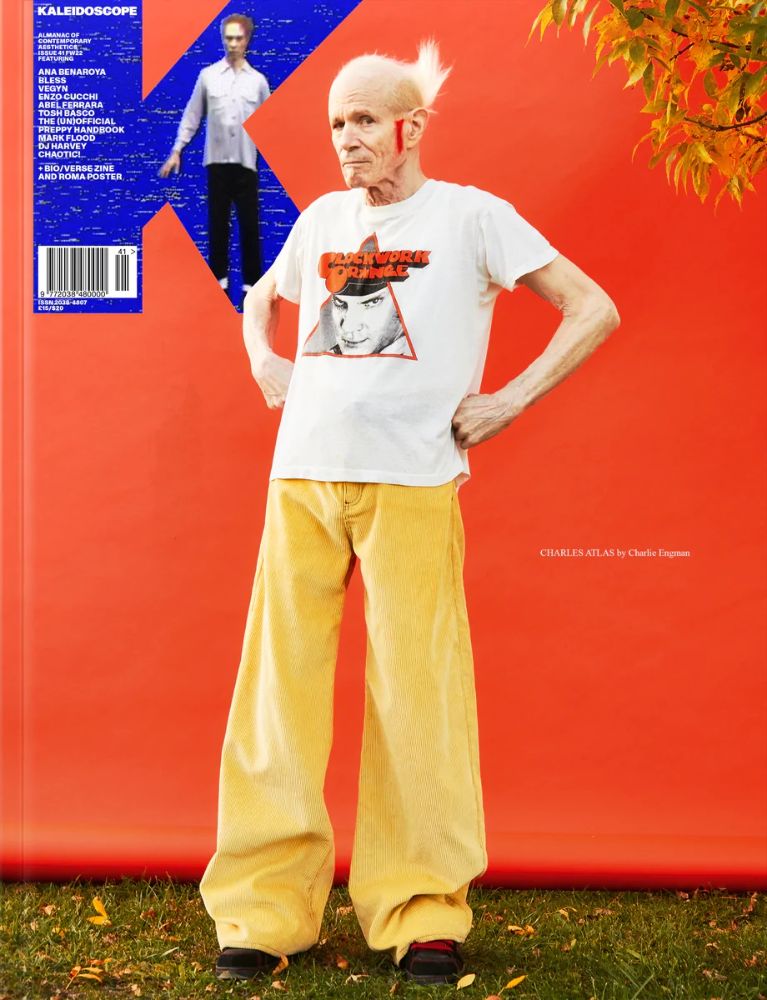 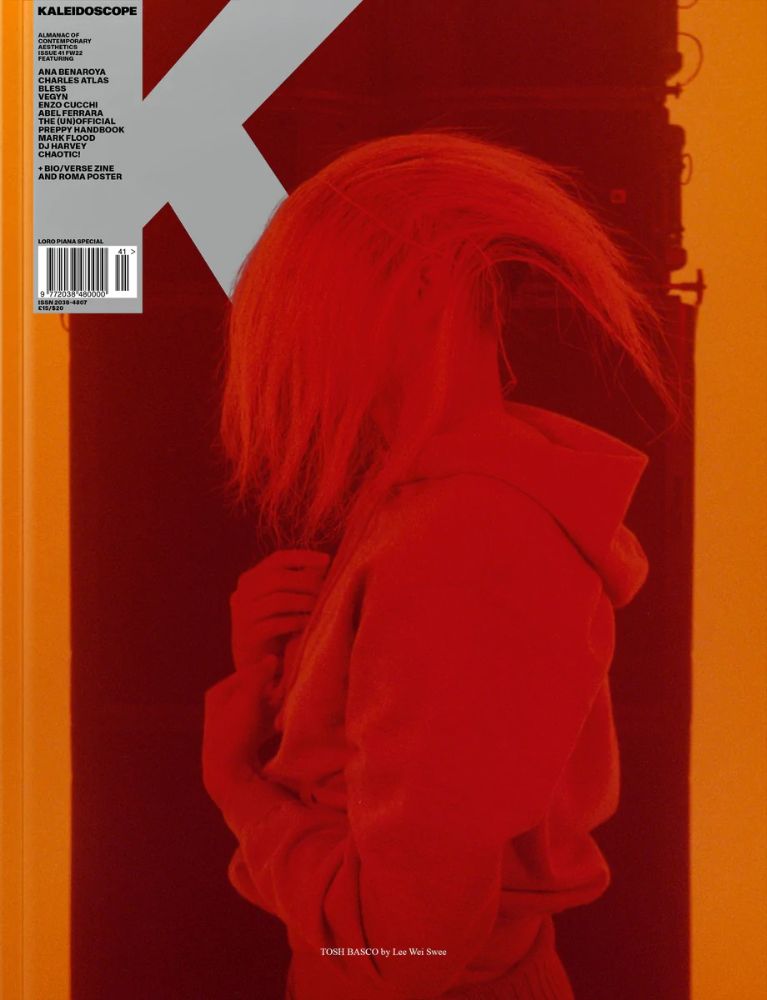 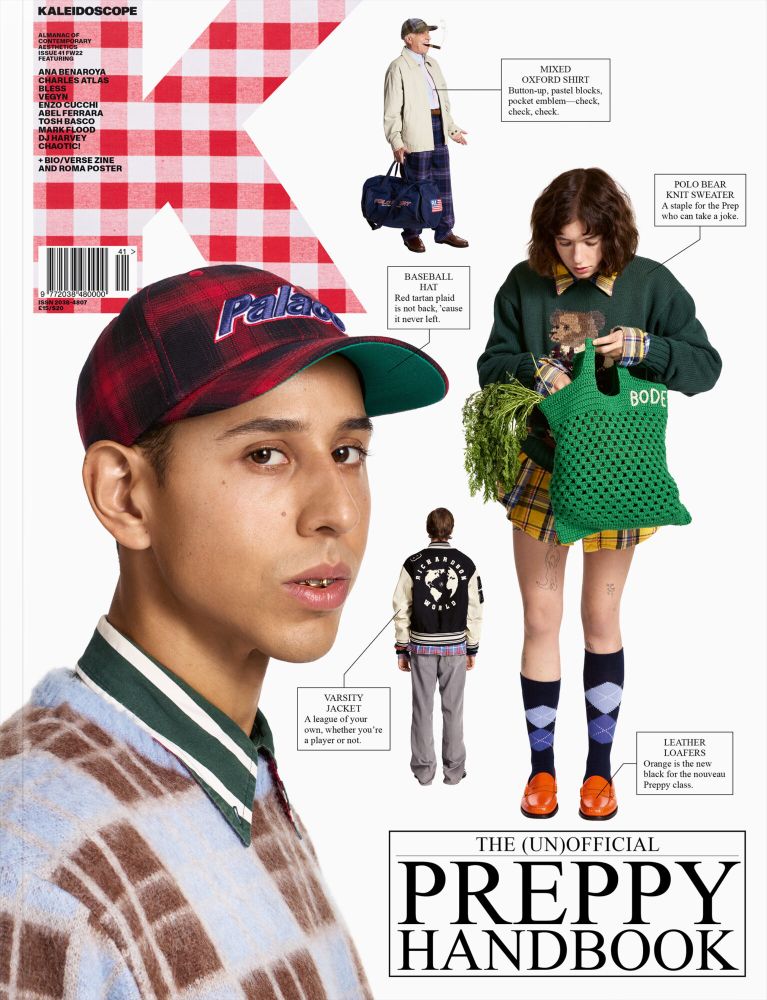 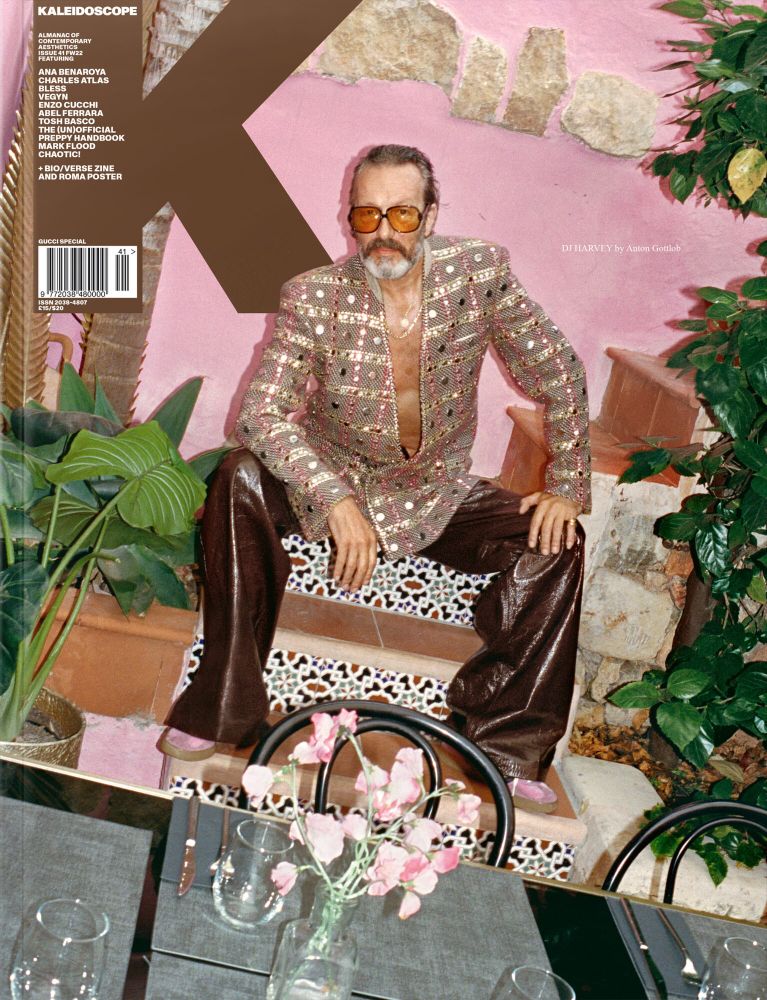 KALEIDOSCOPE's new issue 41 (Fall/Winter 2022) launches with a set of six covers, and a revamped look.

In conversation with Hans Ulrich Obrist, artist Charles Atlas reminisces about starting out in the NYC underground drag scene of the 1970s, and collaborating with the likes of Merce Cunningham, Michael Clark, and Leigh Bowery.

Reinterpreted through the lens of photographer Charlie Engman, his lexicon is one of raw energy and omnivorous imagination, spanning from docu-fantasy to mathematics, from TV to TikTok.

Shot in Tokyo by Motoyuki Daifu on the occasion of his Don't Follow Me Because I'm Lost Too!! tour, London-based VEGYN is something of a prodigy, having produced music for the likes of Frank Ocean, founded his own record label, and doubled as a graphic designer. Here, he sits down for a chat with Cyrus Goberville to explain how he remains level-headed in the oversaturated electronic music arena.

DJ Harvey has been a fixture on the dancefloor since he started DJing in 1985, going all the way from the phoneless freedom of those anarchic acid house parties to gaining deity status as an early pioneer of the Balearic sound. Captured by Anton Gottlob at Ibiza’s legendary hotel and nightclub, Pikes, he flaunts his playboy style and carefree worldview, as Thomas Gorton picks his brain on the future of dance music.

No longer referring to the stuffy, old-moneyed, exclusionary world it once represented, the term “preppy” is undergoing something of a renaissance.

In a bootleg, updated version of the ironic “Official Preppy Handbook” from the 1980s, featuring photography by Tim Schutsky, we reclaim Prep style for a new dapper class, appropriating not just the dress but the full package of mannerisms, signifiers, and curated experiences—to very different ends.

Formerly known as boychild, a moniker that embraced myriad explorations at the fringes of being human, Tosh Basco now returns to a vulnerable, fleeting, porous self. Captured by Lee Wei Swee and interviewed by X Zhu-Nowell, she describes her improvisation-based performances as a mode of survival and world-building—a subtle testament to the ungraspable nature of living, stemming from feelings of non-belonging and erasure.

A special, limited-edition cover story provides a cultural reading of the work of Mark Flood from the ’90s to recent years, as he continues to probe the basic precepts and structures of the art world—or, as he puts it, to "fuck the frame."

In conversation with Patrick McGraw, the Houston-based artist discusses ideas of irony, performativity, and ownership in an increasingly appearance-based world.