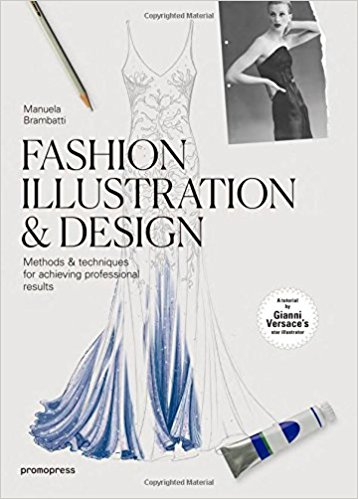 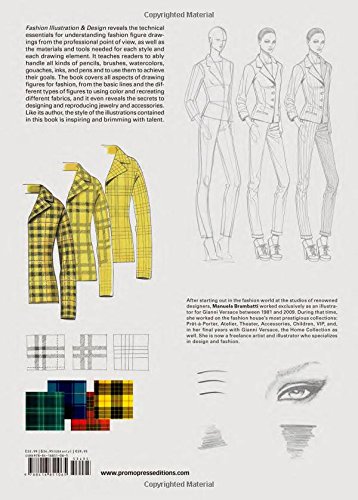 A design tutorial by Manuela Brambatti, Versace's chief design illustrator, the book is an idea of couturier Flavio Marconi who, impressed by her drawing style, her unique taste designing fashion collections and the precision with which she captures the flow of fabric over the body, convinced her to put it into print.

Here Brambatti reveals her fresh and innovative style, not better than others, as she writes, but orginal and distinctive for Versace’s workshop, halfway between fashion sketching and illustration.

Manuela Brambatti began to work in the fashion world in the late '70's for the fashion magazine Style and for other magazines. She has collaborated with Giorgio Correggiari, Krizia, and Gian Marco Venturi.

Employee, and later exclusive partner of the Versace fashion house from 1981 to 2009, Manuela, was crucial in setting standards in the Style magazine for the presentation of all fashion collections and their illustrations and, in recent years, the Home Collection of the Brand.