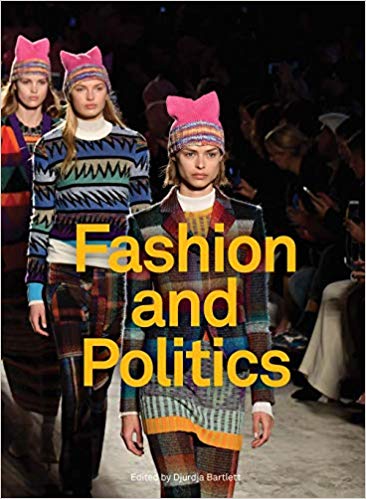 A timely and splendidly illustrated global exploration of the complex intersections of fashion and politics from the mid-19th century to the present day.

Taking a multifaceted look at a topic of widespread fascination, this pioneering book presents new research on the intersection of fashion and politics through incisive essays by the field’s leading voices, including both renowned and emerging fashion scholars.

The texts unpack fashion between the mid-19th century and today as expressions of nationalism, terrorism, surveillance, and individualism, as well as a symbol of capitalism.

The first section explores the political potential of fashion despite its immutable status as a commodity.

The second section offers a historical account of the political nature of dress, such as the fashion of dissent within Mao’s Cultural Revolution and the Black Panther movement.

The ways bodies are defined by dress—the entanglement of oppression and expression—is the theme of the third section.

A fourth and final section explores contemporary issues in the practice and theory of dress, from the processes of decolonizing museum collections to the recent sartorial styles of Europe’s political Left.

The book’s incisive and beautifully illustrated essays provide a timely investigation of an underdeveloped topic through a variety of historical and current formats, including public and personal archives, fashion magazines, political newspapers, museum displays, art, and social media.