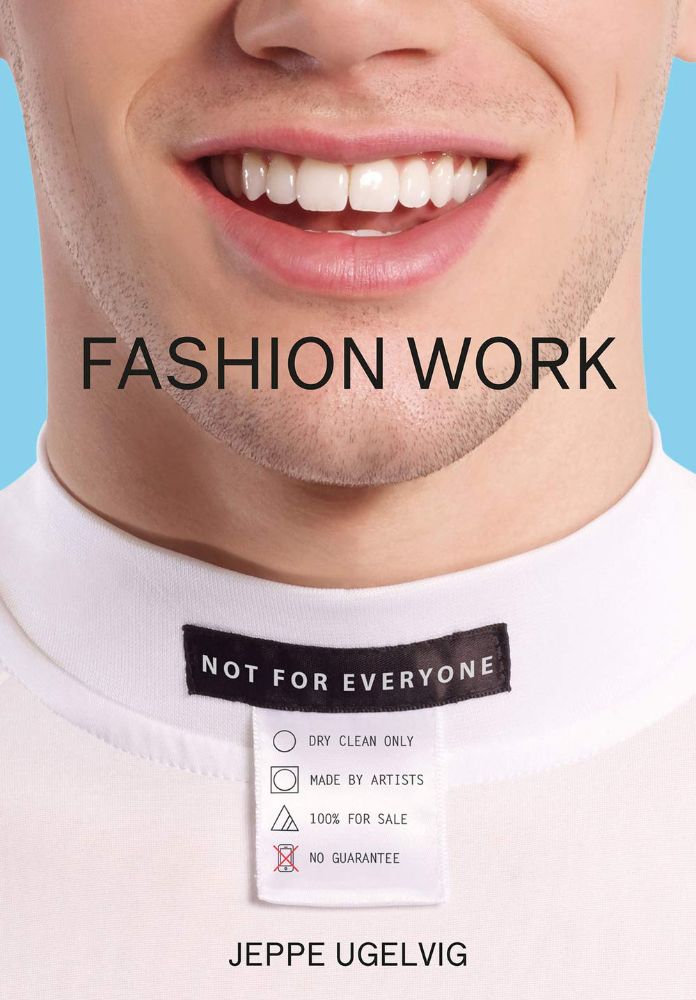 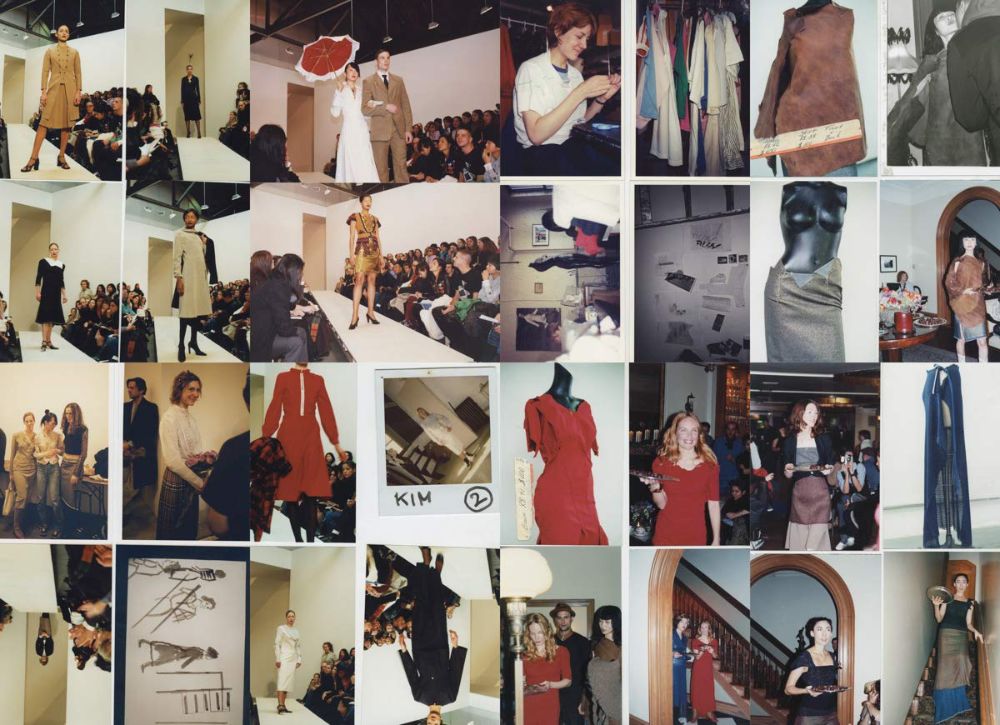 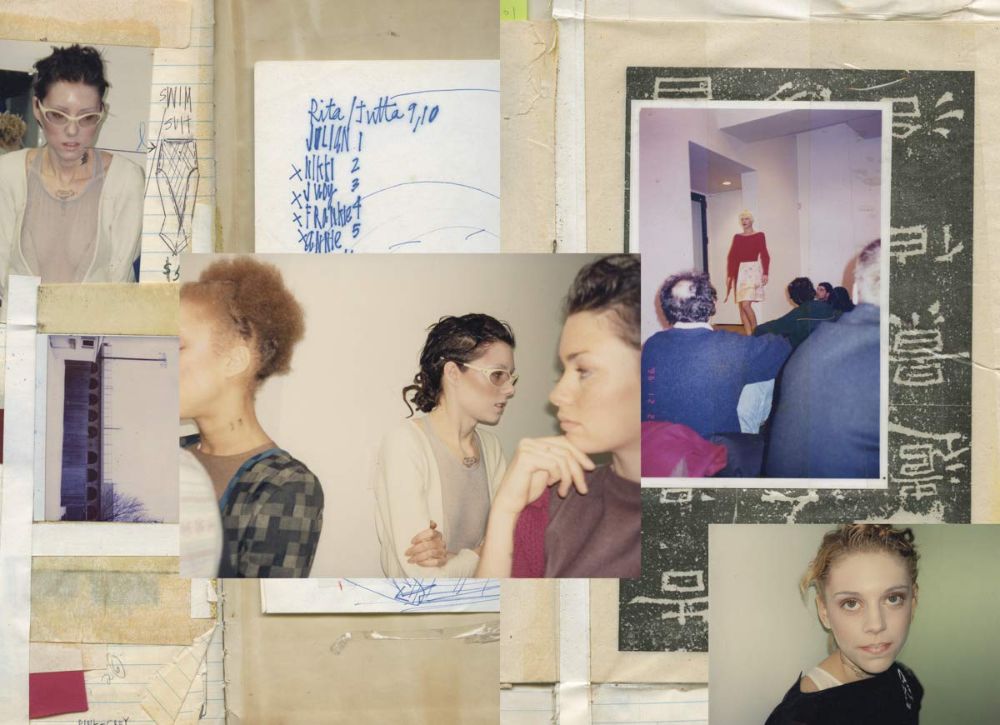 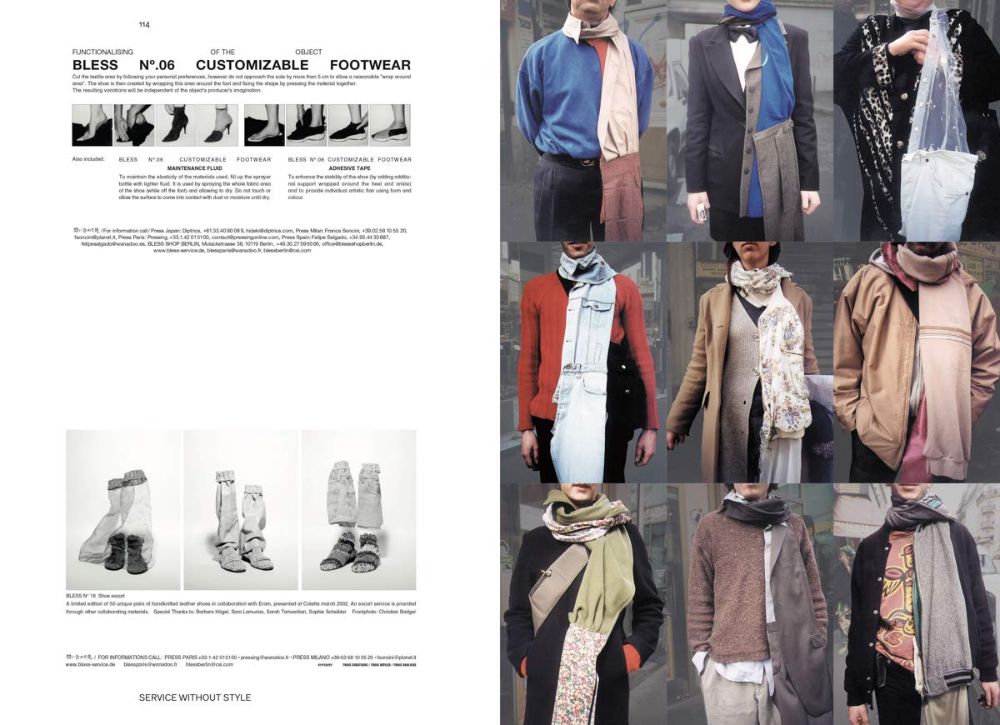 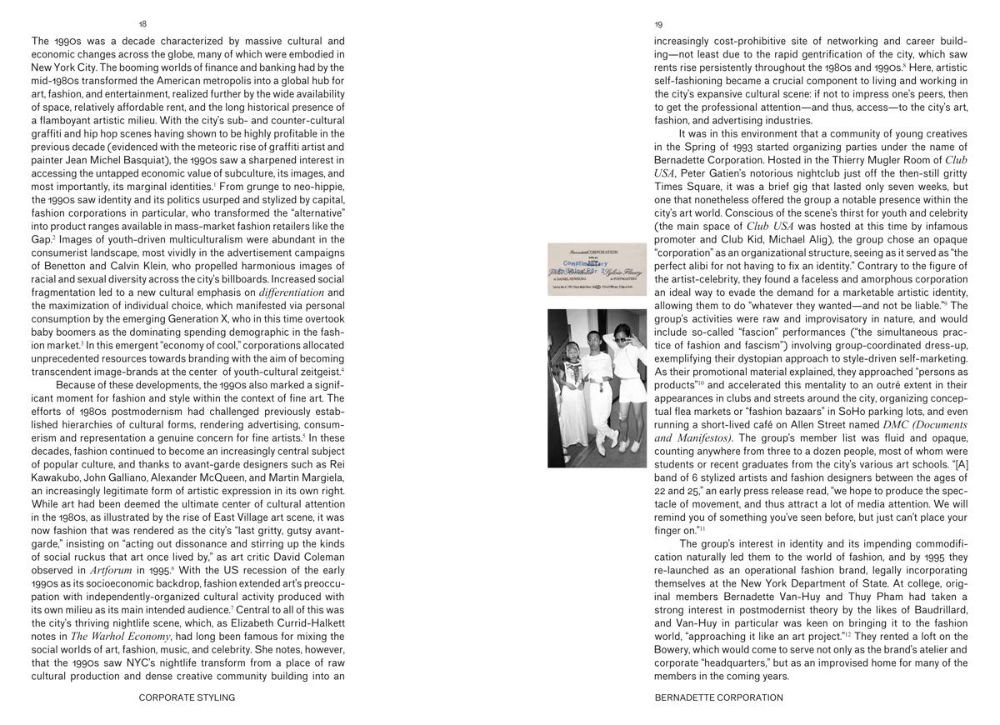 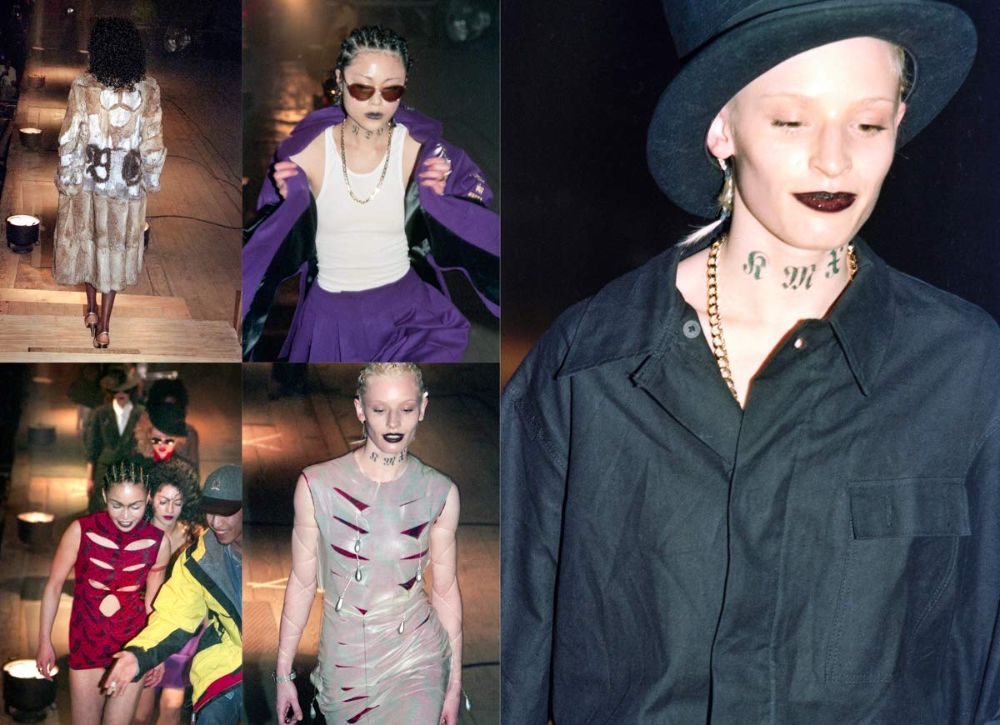 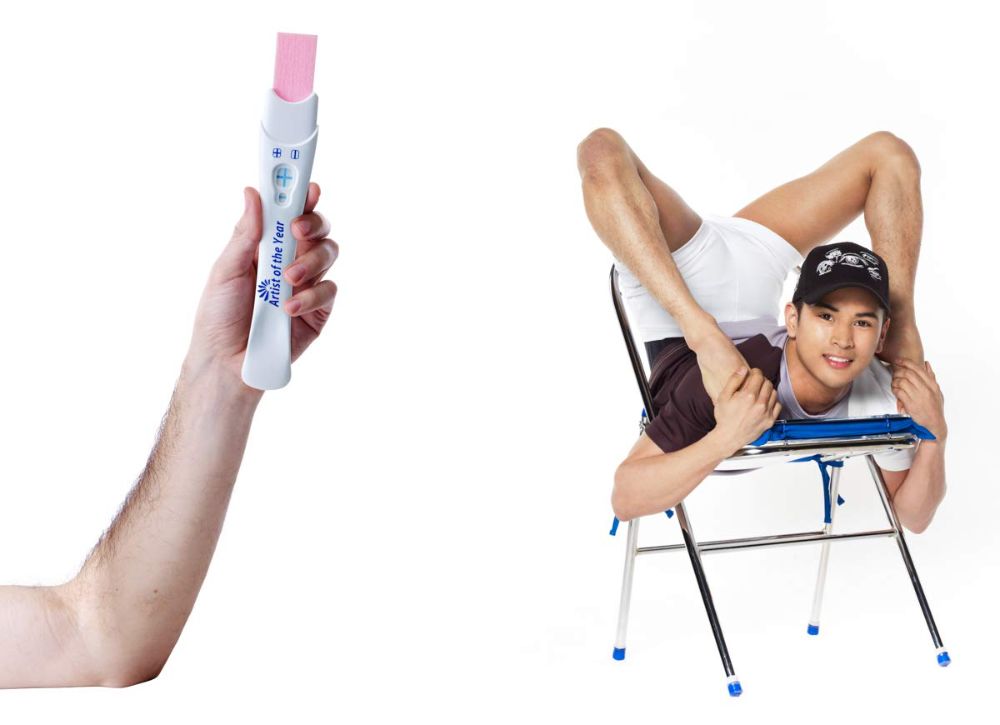 An exhilarating scrapbook of the 1990s fashion-art scene in New York and Paris, with Bernadette Corporation, Susan Cianciolo, BLESS and DIS.

In this unprecedented volume, the New York– and London-based critic and curator Jeppe Ugelvig recounts a little-explored history of art/fashion hybridity through the genre-defying practices of Bernadette Corporation, Susan Cianciolo, BLESS and DIS, exploring their experimental approaches to fashion production between the art and fashion worlds in a time of radical societal change.

Through a rich selection of rare and previously unseen photographs and ephemera, the book depicts fashion work in all its exhilarating complexity, tracing it from the atelier of the garment-maker to the post-production editing suite of the fashion photographer.

Ugelvig’s comprehensive account connects a mythological 1990s generation of collaborative, DIY fashion producers in New York, Paris and Berlin to the digital and increasingly corporate systems of fashion of the 2010s, where aesthetic activities such as styling and creative directing have become ubiquitous.

From the dystopian brand-hacking of Bernadette Corporation to the museum pop-up stores and early sneaker collaborations of BLESS, the book shows how artists not only manage to repeatedly subvert fashion’s frenzied systems, but also to prototype new forms of aesthetic entrepreneurship.

Jeppe Ugelvig (born 1993) is a critic and curator based in New York and London. His writing appears regularly in Frieze, i-D, ArtReview, AnOther, Flash Art International, PIN-UP, Spike and LEAP, among many others. He has staged exhibitions and projects in London, Berlin, Copenhagen, New York, Turin and Ramallah.