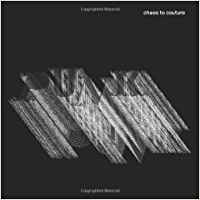 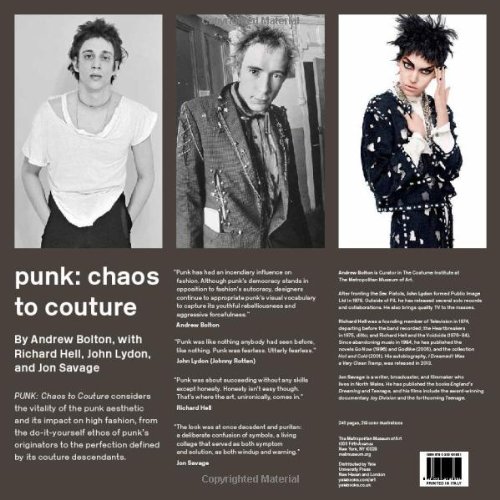 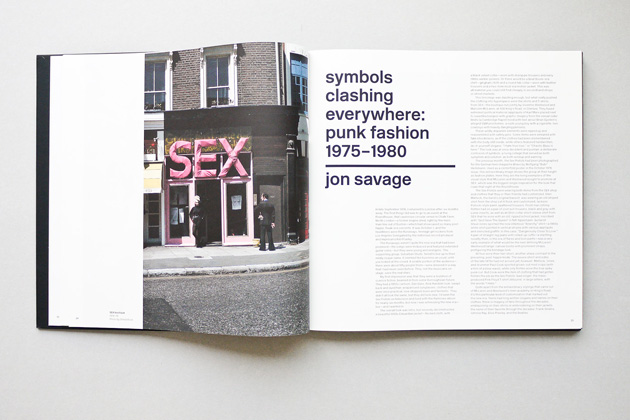 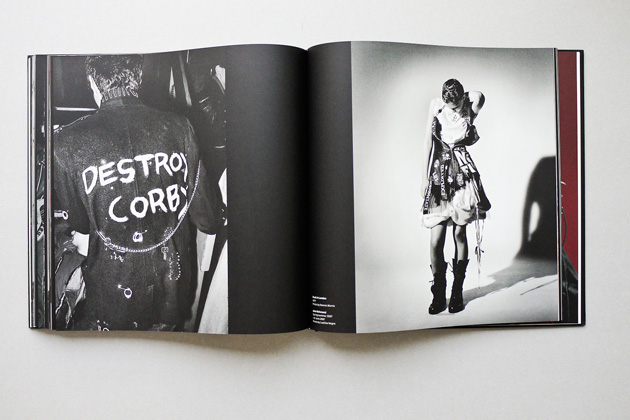 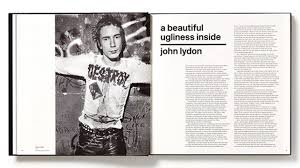 Since its origins in the 1970s, punk has had an explosive influence on fashion.

With its eclectic mixing of stylistic references, punk effectively introduced the postmodern concept of bricolage to the elevated precincts of haute couture and directional ready-to-wear.

As a style, punk is about chaos, anarchy, and rebellion. Drawing on provocative sexual and political imagery, punks made fashion overtly hostile and threatening.

This aesthetic of violence – even of cruelty – was intrinsic to the clothes themselves, which were often customized with rips, tears, and slashes, as well as studs, spikes, zippers, D-Rings, safety pins, and razor blades, among other things.

This extraordinary publication examines the impact of punk’s aesthetic of brutality on high fashion, focusing on its do-it-yourself, rip-it-to-shreds ethos, the antithesis of couture’s made-to-measure exactitude.

Indeed, punk’s democracy stands in opposition to fashion’s autocracy. Yet, as this book reveals, even haute couture has readily appropriated the visual and symbolic language of punk, replacing beads with studs, paillettes with safety pins, and feathers with razor blades in an attempt to capture the style’s rebellious energy.

Focusing on high fashion’s embrace of punk’s aesthetic vocabulary, this book reveals how designers have looked to the quintessential anti-establishment style to originate new ideals of beauty and fashionability.

Andrew Bolton is Curator at The Costume Institute at The Metropolitan Museum of Art.

His autobiography, I Dreamed I Was a Very Clean Tramp, was released in 2013. After fronting the Sex Pistols, John Lydon formed Public Image Ltd in 1978. Outside of PiL he has released several solo records and collaborations. He also brings quality TV to the masses.

Jon Savage is a writer, broadcaster, and filmmaker who lives in North Wales. His books include England’s Dreaming and Teenage. His films include the award-winning documentary Joy Division and the forthcoming Teenage.