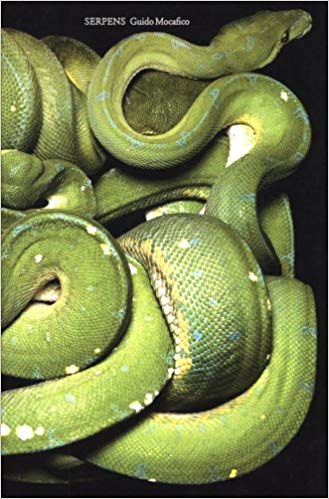 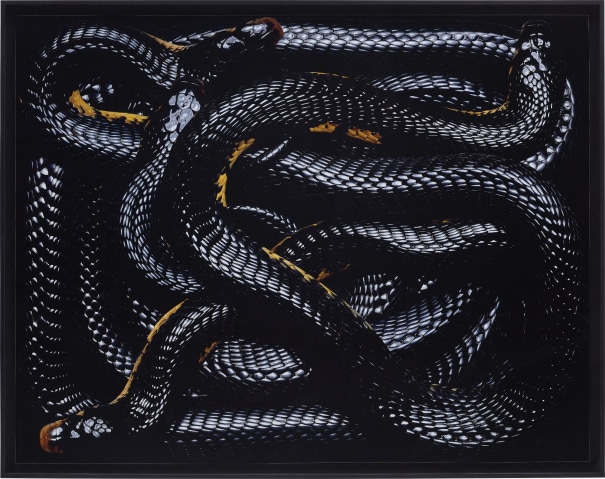 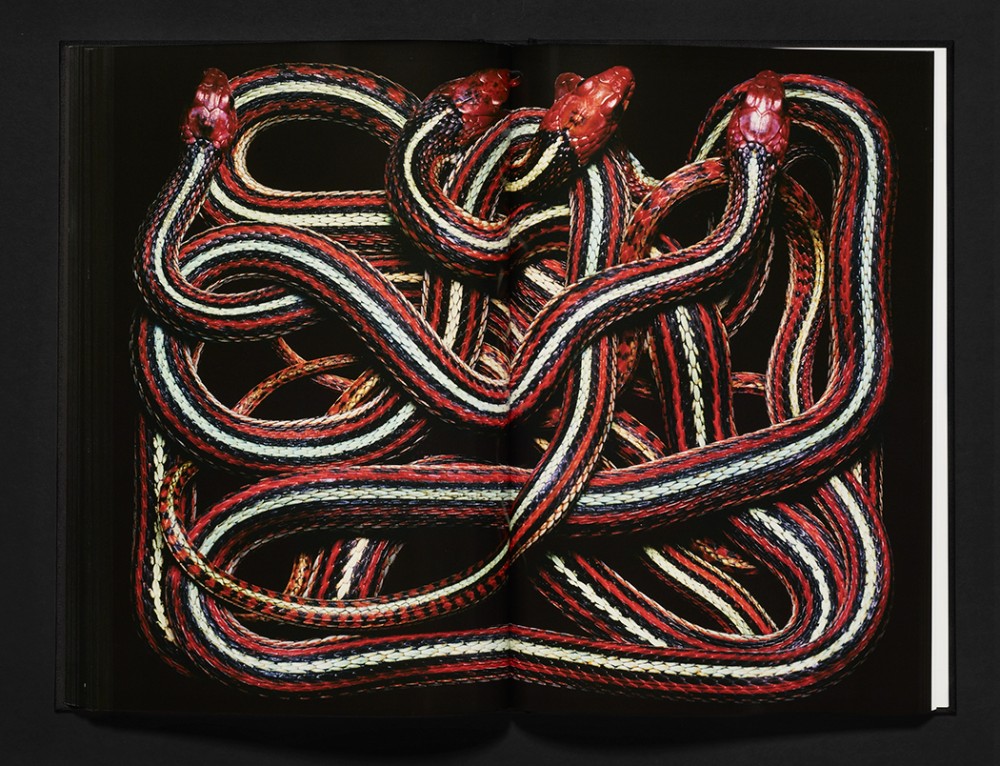 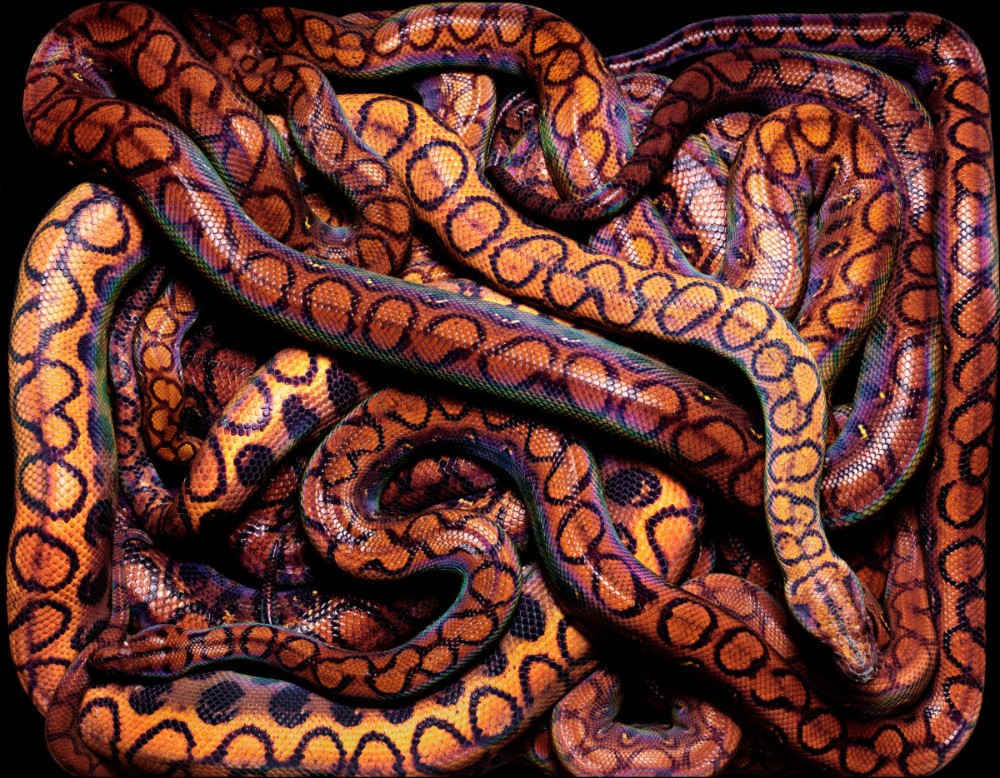 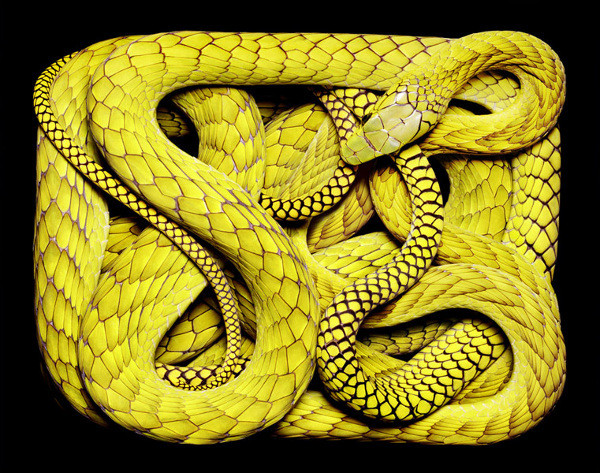 By way of a day job, Guido Mocafico takes pictures for Wallpaper, The Face and French and American Vogue.

For years he's also been photographing creepy-crawlies, including spiders, snakes and jellyfish. What animal has inspired as much dread, as many legends, as much revulsion and terror as the snake?

Among the 2,700 known species, few are dangerous, let alone lethal, to humans, but prejudices run deep.

Cobras, mambas, vipers and their cousins swing languidly from Amazonian canopies, hibernate through harsh Arctic winters, and eat entire cows in one gulp; humans quiver in their boots. Even as some species face the possibility of extinction before we fully understand them, new ones are still being discovered.

Mocafico's explorations of their aesthetic properties bring out the singular power and beauty--and ability to unnerve--of the animal that human societies have called demon, divinity, sacred protector and ancestor.