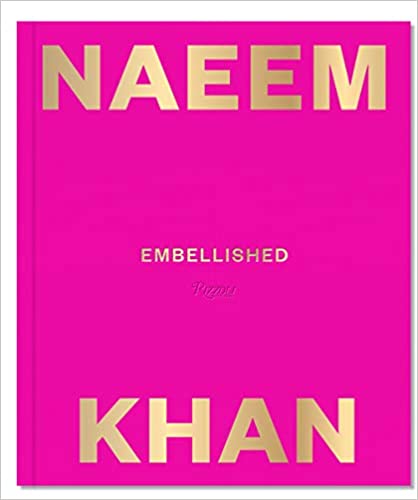 Naeem Khan grew up immersed in the lavish world of Indian textiles, with both his father and grandfather creating intricate wares worn by Indian royal families.

After moving to the United States as a teenager and landing an apprenticeship with the legendary designer Halston, Khan perfected his expert mastery of draping and cutting fabric. In 2003, he launched his eponymous label in the heart of New York's fashion district and immediately began selling his finely crafted designs at Bergdorf Goodman, Neiman Marcus, and Saks Fifth Avenue.

Marrying the rich traditions and handmade textiles of his Indian roots as well as design inspirations from his travels to Peru, Japan, Russia, and Spain with modern techniques, the gowns, dresses, and separates presented here capture Khan's innovative vision and expert artistry

Given Khan's penchant for ornate eveningwear, it's no wonder that luminaries such as Michelle Obama, Queen Noor, Beyoncé, and the Duchess of Cambridge have worn his creations. Brimming with glossy color photographs of Khan's endlessly chic designs, this new title is an enthralling look at one of America's most exciting designers.