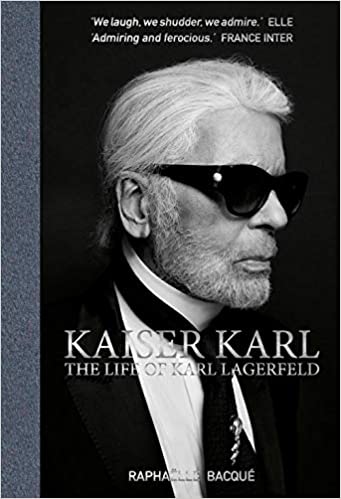 An intimate and well-documented biography of Karl Lagerfeld, ex-creative director of Chanel and international fashion iconReveals the man behind the mask: the great couturier, the adorer of women, the unrepentant provocateur.

A huge bestseller in FranceWorldwide publication in English to mark the first anniversary of his deathA luxurious hardback, finished with quarter-bound cloth and containing a picture section"admiring and ferocious" - France Inter"This first biography, fed by many first-rate witnesses... we laugh, we shudder, we admire." - Elle.

On the last morning of his life, Karl Lagerfeld's only companion was Sébastien, his bodyguard and right-hand man. The king of fashion insisted on being cremated, along with his universally recognizable 'gear' - the dark glasses and high starched collar that served as a bastion for his secrets.

It is only now that witnesses have begun to talk.Thus emerges the story of Karl Lagerfeld: his father's past in the heart of wartime Germany, his rivalry with Yves Saint Laurent (enflamed by his only love, Jacques de Bascher) and the networks he forged with the biggest luxury manufacturers in the world as he compiled his vast fortune. Truly an unparalleled icon in the history of fashion, Lagerfeld's legacy lives on today.