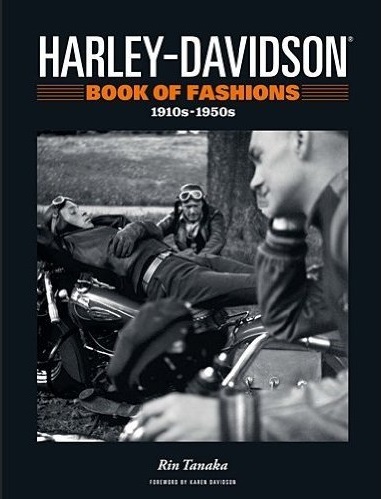 This title is one of BEST vintage fashion achievements by Rin Tanaka; featuring over 1000 super rare old H-D photos! Published for the Harley-Davidson Museum in Milwaukee, which was opened in Sep 2008!

Rin Tanaka edited amazing old sources from 1910s to 1950s, which are owned by Harley-Davidson Archives.

Must have book for not only Harley-Davidson fans but also vintage fashion freaks!

About the Author
Rin Tanaka, a Japanese editorial photographer, writer and American men s vintage fashion historian, was born in Japan in 1970.

He started hitting U.S. roads to study black music history and play guitar since 1991 during his college days. After working for an advertising company in Tokyo, he moved to San Clemente, California in 1998 to research American vintage fashion and street culture more deeply.

Thus far, he has written 21 books about the history of vintage men s clothing, traveling to U.S. cities every month for over 15 years.

His books have been published by his self-publishing company and other publishers.

In addition, kulture recycle vintage fashion event Inspiration, presented by him, has been held in Los Angeles every 2nd weekend of Feb. since 2010.