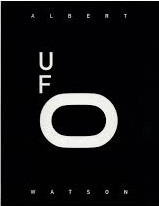 Albert Watson is one of the world's most successful fashion and commercial photographers.

His striking images have appeared on more than 250 Vogue covers around the world and have been featured in countless other publications such as Time, Vibe and over 40 covers of Rolling Stone magazine.

Here, for the first time, Watson presents a 40-year retrospective of the best of his work for the world's leading fashion magazines.

With over 350 images, individually hand-picked from his phenomenal archive and including a huge amount of unpublished material from an extraordinary career, UFO is a landmark publishing event from one of the world's greatest

L'autore
Scottish-born Albert Watson has created images for hundreds of successful advertising campaigns such as Gap, Levi s, Revlon and Chanel, and has directed more than 500 TV commercials and shot dozens of posters for major Hollywood movies such as Kill Bill, Memoirs of a Geisha and The Da Vinci Code.

Watson s photographs have been featured at museums and galleries worldwide including the National Portrait Gallery in London, the Metropolitan Museum of Art in New York, the Pushkin Museum of Fine Arts in Moscow, the International Center of Photography in New York, and the Deichtorhallen in Hamburg, Germany.

Photo District News named Watson one of the 20 most influential photographers of all time, together with Richard Avedon and Irving Penn among others, and he has won numerous awards including a Lucie Award, a Grammy Award, and three ANDY Awards from Carnegie Mellon University. Watson s previous books are Cyclops (1994), Maroc (1998) and Albert Watson (2007).