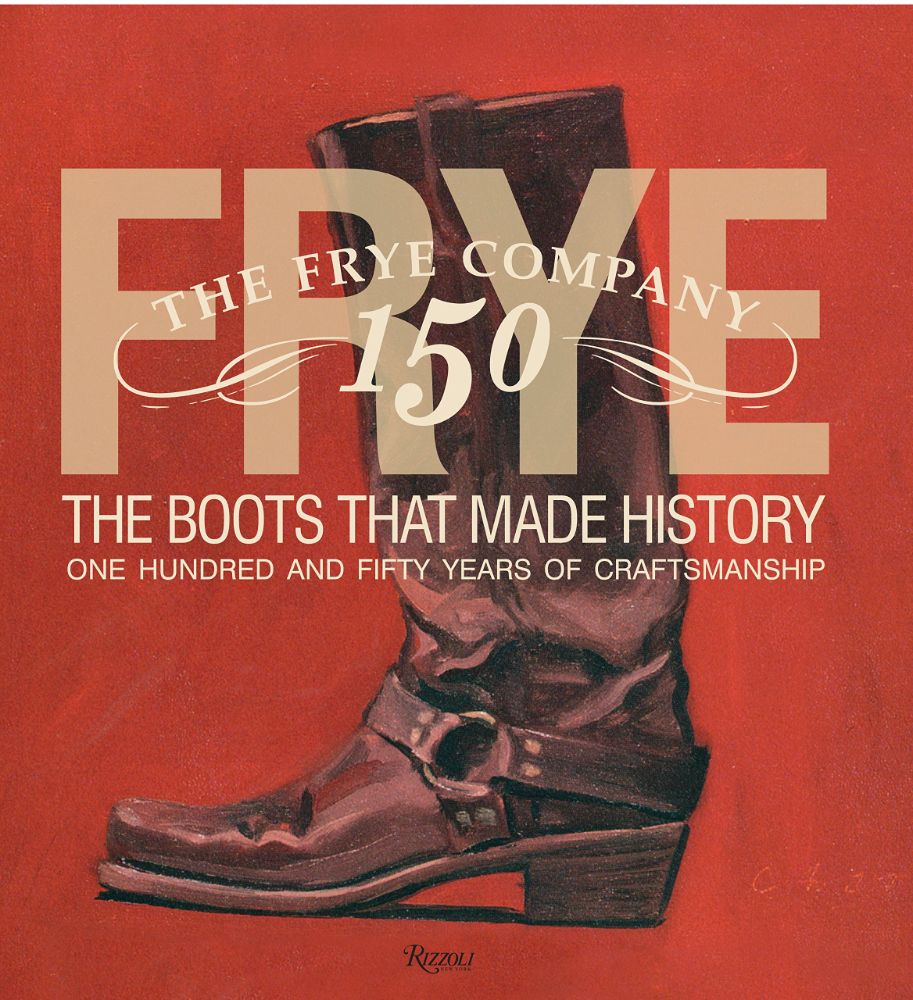 They are the timeless Frye boots!

In 1863, John A. Frye opened the doors of a small shoe shop in Marlboro, Massachusetts. the shoes he made were to ease the everyday life of factory workers in that small New England town. Over a century later, the Frye Company has become the oldest continuously operating footwear brand in America.

The boots Frye made weren’t meant to be icons of fashion, yet somewhere along the line, they became just that. FRYE: THE BOOTS THAT MADE HISTORY is a 150-year anniversary album that celebrates the early history of the brand, its cultural takeover in the early 1970s, and the artisanal methods that make its craftsmanship unique.

Frye boots are captured in all the ways they are worn: rocked out and urbanized, accessorized and envied, worked and roughed up, flaunting their inimitable style and all-American cool. This book takes the reader through the style and personality of the distinctive designs and handsome detailing of Frye’s most popular products, from its tough, treasured and instantly recognizable Harness Boot to the exclusive line dedicated to the American flag debuting this fall.

With the strongest leather–enough to withstand 20 lbs. of pressure–and dozens of designs, the quality of Frye has always remained the same, making the brand not just a business but a way of life.