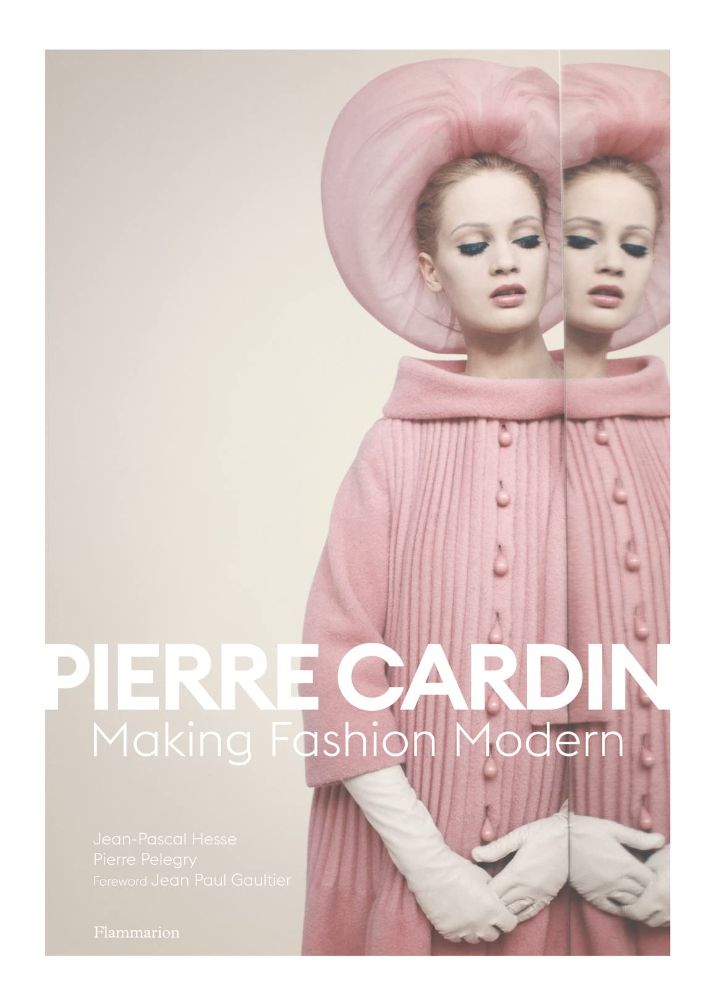 On the centenary of Pierre Cardin’s birth, this volume looks back at the designer’s early career to discover the inspirations behind his later iconic work.

Pierre Cardin’s designs were worn by an international elite of beautiful women, from Jackie Kennedy to Lauren Bacall and Jeanne Moreau. A close friend of André Courrèges and Paco Rabanne, Cardin revolutionized modern fashion in the mid-1960s, creating iconic designs that continue to resonate today.

His many talents and mastery of materials—from fabrics to plastics—extended from haute couture to ready-to-wear, menswear, jewelry, furniture design, perfumes, and accessories, while his business acumen led him to create a business empire that stretched from China to the United States.

In this volume, longtime Cardin collaborator Jean-Pascal Hesse shares his intimate knowledge of the designer’s early career in Paris and analyzes the creative influences and partnerships that inspired Cardin to design some of the most emblematic haute couture creations of the 1950s and 1960s, as well as the space age–inflected Cosmocorps work, which presciently explored gender fluidity.

Drawing from a broad range of sources that Hesse has been gathering for more than two decades, this work features personal recollections from Cardin himself, in addition to numerous previously unpublished photographs and documents recounting his early years in Christian Dior’s studio, his success in the United States in the 1950s and 1960s, and his profound interest in Japanese art and design.