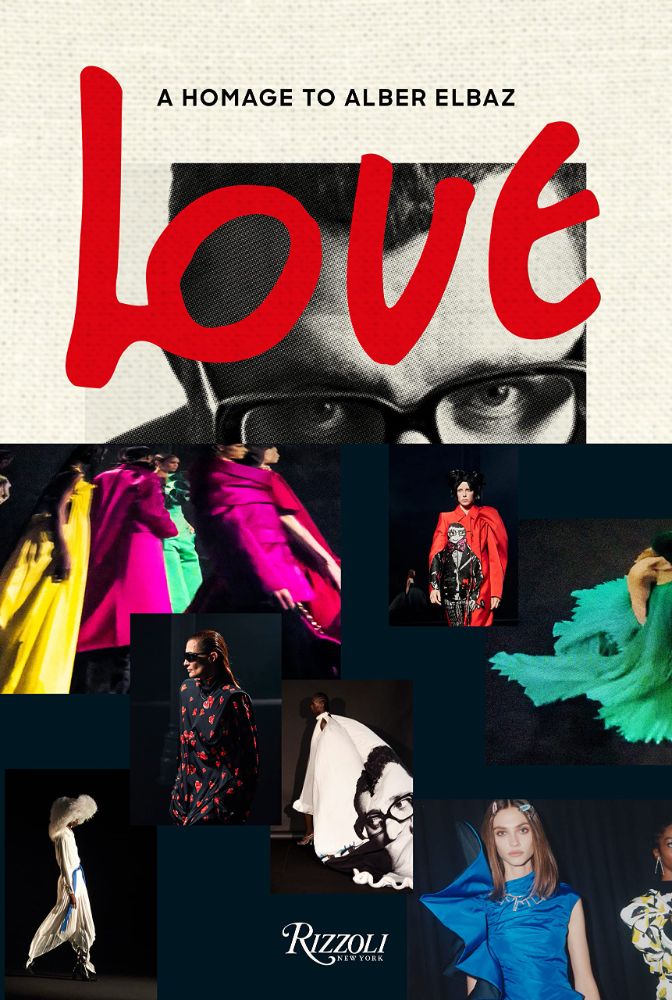 On April 24, 2021, the designer Alber Elbaz passed away due to complications from COVID-19.

The creative director of Lanvin from 2001 to 2015, he was the most consequential figure from the fashion community lost to the pandemic.

Love Brings Love, the celebration of Elbaz’s life and work that concluded Paris Fashion Week on October 5, 2021, remains a unique event in the recent history of the industry.

In tribute, forty-four designers, from nearly all the French and Italian maisons, as well as his dear friends in Japan and the United States, created dresses for a memorial fashion show—the first collaborative one to have ever been held in Paris. Of the more than seventy looks, thirty were by Elbaz, posthumously executed by his team at AZ Factory.

The international fashion community came as one family to publicly mourn and remember one of their own, with a reverence and affection reserved only for someone so universally and genuinely loved.

This book is divided into three parts, which include texts written by Elbaz prior to his passing; a sequence of sketches by forty-four designers and maisons, including Alexander McQueen, Balenciaga, Comme des Garçons, Giambattista Valli, Gucci, Jean Paul Gaultier, Rick Owens, and Valentino, on uncoated stock; and a section of photographs of completed dresses, including dresses designed by Elbaz, on matte coated stock.

The sequence describes in ways both conceptual and material how his friends and peers saw him, and how they intimately honored his memory with their own work and in their own words.